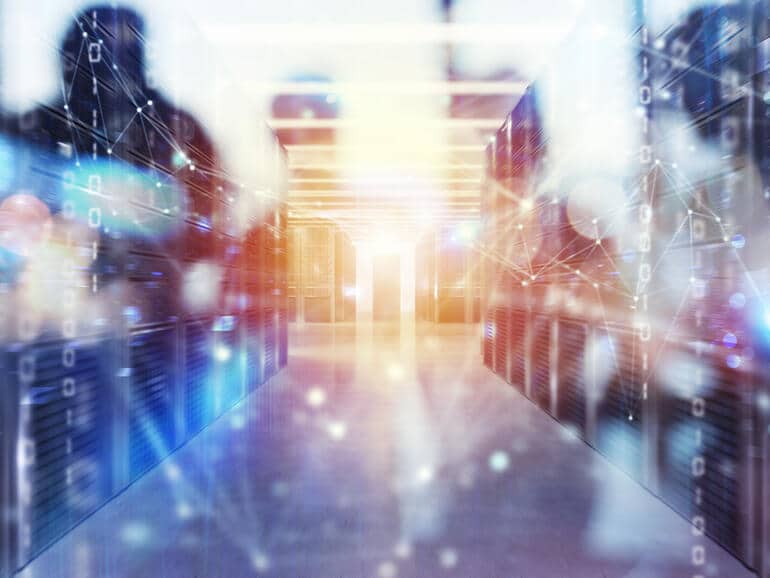 Running Windows Server on your own infrastructure and using cloud services to do it offers lots of benefits. But that cloud harmony means subscriptions rather than unsupported free operating systems.

With the release of Windows Server 2022, there was a notable omission from the list of server versions: There won’t be a new version of the free Windows Hyper-V Server.

Based on Server Core, this stripped-down server OS contains just the Microsoft Hyper-V hypervisor, Windows Server driver support, the virtualisation components needed for the Hyper-V role and some basic options for management. You can run control panel, Task Manager, Notepad and (if you install the Core App Compatibility feature) graphical admin tools like File Explorer and MMC snap-ins for disk management, failover clustering and the like. That doesn’t include Hyper-V Manager though: The intention is that you manage Hyper-V Server remotely using Windows Admin Center, Remote Server Administration Tools or PowerShell.

Hyper-V Server was designed to give organizations wanting to run Linux VMs a free way to do that and still manage the infrastructure with the same tools they used for Windows Server, whether that’s scripts or System Center. If you want to run Windows Server in a VM on Hyper-V Server, you need a Standard or Datacentre Edition licence for the virtualisation rights, so you might as well just run that pay-for version of Windows Server in the Hyper-V role.

Not releasing a new version of Hyper-V Server doesn’t mean Microsoft’s Hyper-V hypervisor is in any danger of going away: Hyper-V underpins the security features that are part of the reason for the Windows 11 hardware requirements, and it’s used in Microsoft products from Azure to Xbox. Microsoft is even working on porting it to run on Linux (instead of just hosting Linux VMs).

So why drop Hyper-V Server from the Windows Server 2022 list? Microsoft is directing customers to Azure Stack HCI instead—a virtualisation service that runs on your own hardware, combining the benefits of hyperconverged infrastructure with the convenience, management, simple billing and regular updates of a cloud service. You don’t have to buy a Windows Server licence for your virtualisation platform. Just pay monthly fees for the cloud service, and you get the software-defined storage and networking that customers kept asking Microsoft to add to Hyper-V Manager (which would have effectively turned it into an HCI platform). You can also run cloud services like Azure Kubernetes Service on it.

“All of our innovation and all of our thinking about Hyper V, whether it’s how do we think about Hyper V [on premises] or how do we think about it in harmony with Azure—all of this investment we’re trying to focus onto Azure Stack HCI and do it there. For customers that really want to want to use Hyper V and adopt it as a virtualization platform, we really want them to go to Azure Stack HCI,” he told TechRepublic.

“In the future, we’ll come up with more and more investments to improve [virtualization on Azure Stack HCI]. Azure Stack HCI will have faster innovation than the long term servicing channel, so you will see more and faster implementation of functionality and capabilities there.”

As a free product, Hyper-V Server appealed both to enthusiasts and to commercial organizations “kicking the tires” before adopting. For commercial customers, he noted that it doesn’t have the same technical product support customers get with Azure Stack HCI, which is also available as a free 60-day trial that will help organizations do the kind of testing they used Hyper-V Server for.

That might also be quicker, he suggests. “We would argue customers don’t have to spend a whole lot of time in the first 60 days configuring all of that and they can just test what it is that they want to test.”

If 60 days isn’t quite enough, he also points out that although you can’t use old hardware you have lying around for Azure Stack HCI, you also don’t have to buy a Windows Server licence or pay for the hardware up front the same way you’re used to. “You can buy it as cloud-based billing or modern billing, where you don’t have to invest a whole lot of money in terms of capital expenditure to buy Azure Stack HCI. You can buy per core, you can pay on a per month basis, and then you can get it for however short period of time that you want to continue to testing.”

That kind of cloud pricing on your own infrastructure is no coincidence; the shift from a free server version to a low price hybrid option fits in with the hybrid direction of Windows Server generally, because Microsoft really thinks this kind of hybrid is the future.

“Increasingly we’re trying to harmonise Windows Server with the cloud offering on Azure and trying to add value to customers that want to continue to use workloads on premises and give them more abilities to use Azure in harmony with their on-premises Windows Server,” Kumar said.

“If they want to continue to use Windows Server on premises and not have anything to do with Azure, they can continue to do so, but we also are investing in related technologies with Azure Stack HCI, and other things to give them more value. If customers choose to run soup to nuts Microsoft technology so they have one throat to choke, so to speak, they can have Azure Stack HCI, they can run Windows Server 2022 VMs on Azure Stack HCI that are connected to Azure, lifecycle managed by Azure, and they’re adding security, monitoring and policy and other features on that.

Azure Arc brings those same hybrid benefits to any infrastructure you run yourself, Windows or Linux, and that’s something Kumar said Microsoft would continue to significantly invest in.

“If I could have my way, I’d have every Windows Server out there enabled with Arc, connected to Arc, managed from Azure and secured from Azure. You can easily use features like Azure Security centre or Azure Defender, Azure Monitor, Azure Policy. You can use Azure Policy across however many data centres you have and manage it all from Azure and you’ll benefit from all the security investments that we make on Azure. It’s a way to continue to build the workloads on premises that you’re comfortable doing, but getting the value of the cloud to your on premises investments.”

The way you buy ESUs for Windows Server reflects this same shift to hybrid. If you run an older version of Windows Server on your own infrastructure, you pay high prices for getting security updates once extended support is over, but they’re free as an extra cloud benefit if you run the same workloads in Azure public cloud or on Azure Stack HCI.

This is certainly an in-depth Windows Server certification; it covers configuring and administering core features like Active Directory, Desired State Configuration, Hyper-V, containers, backup, monitoring networking, storage including Storage Spaces Direct, security, failover clustering and a broad range of troubleshooting scenarios, and it will be useful if you’re only dealing with Windows Server on premises. But a substantial portion of the skills it measures are about running Windows Server in Azure or using Azure services with your own servers, reflecting Microsoft’s pitch that Windows Server is better when you integrate it with Azure services.

SEE: It’s time to get off Windows and SQL Server 2012 (or run them on Azure) (TechRepublic)

As principal program manager for Azure Stack HCI Jeff Woolsey explained in a video introducing the exams for the new certification, this isn’t just what Microsoft thinks matters but what enterprises are asking for and what IT pros will be using in their job. “IT managers are looking for someone that can manage this hybrid world because that’s where folks are going.

“We’ve really got a body of people that are ready for a hybrid certification. They’re going to be having some stuff down here and some stuff up here for a long time; hybrid coexistence is where people want to be.”

And if you’re not interested in any of this Azure integration and you want Hyper-V Server for something Linux-based that takes longer than the 60 days of the Azure Stack HCI trial without even the small monthly charge, the best option is to just carry on using Hyper-V Server 2019, which continues to be free and is supported until January 2029 (by which time Microsoft may have other options).

At the recent Windows Server 2022 event, Woolsey pointed out that, “it continues to be a great hypervisor available at no cost and can be managed from Windows Admin Center also, at no cost.”

Given that many organizations run on older versions of Windows Server rather than upgrading to the latest release immediately, customers might well have stayed on Hyper-V Server 2019 for some time anyway. And seven years of support should give Microsoft enough time to discover if it’s losing future customers by not giving the free Hyper-V enthusiasts a new version.

Be your company’s Microsoft insider by reading these Windows and Office tips, tricks, and cheat sheets.
Delivered Mondays and Wednesdays